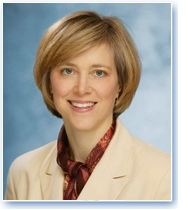 A patient of mine had a stroke at age 50. He'd been traveling frequently, working hard, and eating poorly. As a result of several months of rehabilitation, he recovered some of his lost abilities, but then his progress leveled off. He still had weakness in one arm and leg, and his speech and thinking were not as clear as before. He decided to try the Maharishi Vedic Vibration Technology program. Within a few weeks of his consultation, everything had improved 65 to 70 percent.

A lady in generally good health had suffered from constipation her whole life. Three weeks after her consultation, she reported that she'd been having normal elimination, even during a week of travel, which was usually her most difficult time. She considered this a complete resolution of her lifelong problem, but was equally pleased to tell me she was enjoying a new and profound sense of well being and ease in her life.

When my patients ask me about Maharishi Vedic Vibration Technology, I explain that it's an effortless, non-medical approach, and give them an overview of the program's possibilities. I review the results achieved so far, making it clear that people are experiencing a range of outcomes. In most cases, I'm able to tell my patients that I feel it's certainly worth a try.

Initial research is beginning to provide the average percentage improvement for different disorders. This is a standard approach-percentages are also used to evaluate medical procedures. Many drugs are as little as 15 to 20 percent more effective than a placebo, and yet they are prescribed every day by doctors and taken by patients hoping for results. Unfortunately, these drugs also have complications and side effects that can create even more serious problems, while the underlying imbalance is never addressed.

The advantage of Maharishi Vedic Vibration Technology is that it can restore balance to the physiology at a very profound level. Enlivening the inner intelligence of the body allows its natural healing responses to take place, without unwanted side effects.

One woman I saw had been to many doctors and psychologists seeking help for her son's behavioral problems. Bedtime was always a struggle; he just didn't like to go to bed. One night, shortly after his consultation, he announced, "I'm tired. I'm going to bed." His mother remembers thinking, "Is this our son?" At school he started shrugging off taunts from other children, whereas before he would get angry and often lash back.

As this child became more in tune with his own inner intelligence, he began to naturally go along with the needs of his body. As long as there is an imbalance inside, the habitual response continues. Once order is restored within, outer behavior begins to change automatically.

A long-time patient had suffered intractable itching from eczema since childhood. I'd seen him for 10 years, and always wished I could do more to help him. As a last resort, he tried Maharishi Vedic Vibration Technology.

At first he didn't notice any results from his consultation. Two weeks later, I heard someone knocking at my office door after hours. When I opened the door, there he was, almost jumping up and down with excitement. He couldn't wait to tell me that his skin was nearly normal, and that he felt better than he had in 20 years.

It was one of those golden moments for a doctor, when you feel grateful to see your patient's suffering finally end. Three months later, he's still enjoying his newfound relief, and so am I.