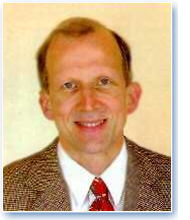 After five months of research involving over 2,000 participants, it is very encouraging to see that for many disorders, three out of five people gain relief at a level of 25 percent or more, and as many as one in three report 50 percent or greater relief. Participants have also reported a greater sense of well-being accompanying these changes.

In the June issue of Enlightenment magazine, initial results from the North American research project were summarized for back pain, arthritis, digestive and skin disorders, anxiety and depression, head- aches, and respiratory disorders. During the past three months, results from the programme have continued in the same positive direction.

Getting a Good Night's Sleep

In 33 people seeking relief from sleep problems, nearly two thirds reported relief at a level of 25 percent or greater, and one third reported improvement of 50 percent or more. These figures are based on reports from participants about two weeks after their consultation. This "success rate" is similar to that seen in a number of other conditions.

Improvements in a variety of patterns of sleep disturbance were reported. These included less difficulty in falling asleep, fewer awakenings in the night, better quality of sleep, getting adequate sleep, reduction of excess sleep, and fewer disturbing dreams.

Some of the reports were quite striking. One man had experienced sleep problems for 27 years. Although it normally took him one to two hours to fall asleep, on the night of his first session he fell asleep within 5 minutes. From then on, he had no problem falling asleep and felt fresher during the day. Three months after the consultation he reported that the relief had been maintained at a 70 percent level.

At the other end of the spectrum, another man reported a reduction in excess sleep. The problem had been present for four months. He had also experienced a feeling of heaviness during the day, along with procrastination and lethargy.

Beginning the night of his consultation, he started sleeping two or two and a half hours less each night. He also woke up feeling more refreshed, and felt more focused and clear in activity. The feeling of heaviness has not returned after three months, and he still reports greater vitality, which he attributes to more efficient sleep as a result of his consultation.

Encouraging preliminary data have been obtained for hypertension, heart palpitations, and angina.

Some participants with hypertension have reported stable blood pressure reductions of 10 points or more. For two men with hypertension, this level of reduction allowed them to avoid or reduce the use of antihypertensive medication.

In some cases where reduced blood pressure was achieved, other Maharishi Vedic Approach to Health programmes may also have supported the positive results.

Preventing Disorder at Its Inception

Improvements in heart palpitations — intermittent rapid or irregular beating of the heart — have been a consistent finding. One lady had developed palpitations following heart surgery. Since her consultation three months ago she has experienced almost continuous relief from this disorder.

An interesting feature of her improvement was that, initially, the palpitations still started to occur, but immediately went away. In the lady's own words: "Over the last five weeks, probably four or five times, I have felt my heart just begin to palpitate. Immediately, in less time than it takes to sneeze, the palpitations stop and the heart rhythm returns to normal. I experience this as my heart correcting itself. I am very aware of my own inner intelligence at work rebalancing my heart. There is no doubt in my mind about this. My consciousness is absolutely clear about what is happening. It is a phenomenal expe- rience."

Now, three months after her consultation, she no longer experiences the palpitations even starting to come. She also experiences a feeling of wholeness and integration in the heart area, which was previously lacking. She said that this was in fact a more rewarding result for her than the relief from palpitations. Enlivening the Body's Inner Intelligence The previous report is a good example of how participants in the programme may actually experience the inner intelligence of their body becoming enlivened, accompanied by an improvement in a specific disorder. This is a common experience reported by people during or after the Maharishi Vedic Vibration Technology sessions, and is relevant for understanding the mechanics of how instant relief can occur.

Maharishi Vedic Vibration Technology is based on the naturally functioning mechanics of the body, and does not seek to manipulate the physiology in any way. For this reason there is no conflict with any treatment the person may be taking from a specific system of medicine, e.g. pharmacological remedies.

However, it is because the technology is working at such a fundamental level — at the level of the body's inner intelligence — that such rewarding results are being experienced from a non-pharmacological approach.

The large success rates, high levels of effect, and wide range of disorders for which relief can be provided characterize Maharishi Vedic Vibration Technology as a remarkable breakthrough in providing satisfactory relief for people with chronic disorders. Due to this, I look forward with great interest to evaluating further results during Phase Two of the research programme.

Dr. Leslie Davis is a Fellow of the Royal College of Surgeons of England.