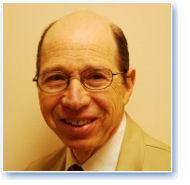 Chronic disease affects 45 percent of working age adults according to a study by Catherine Hoffman published in the Journal of the American Medical Association in 1996. While the modern biomedical approach has been somewhat effective in managing acute illness, the management of chronic disease has not been as successful.

Individuals suffering from chronic disorders continue to require medica- tions and to experience symptoms of their disease for many years or decades. This indicates that modern medicine's approach to chronic disease is incomplete, and inadequate to restore health to these indivi- duals. Maharishi Vedic Vibration Technology (MVVT) seeks to address their chronic disorders.

The MVVT programme is one aspect of Maharishi Vedic Medicine, which is both an ancient and ultramodern system of medicine. It combines the wisdom of Veda and the Vedic Literature (described by the Encyclopedia Britannica as the oldest system of knowledge in the world), with a quantum mechanical understanding of the human body.

From the perspective of quantum field theory, all matter is ultimately vibration. The body is understood to be a complex waveform, the sum total of many smaller waves or vibrations. These fundamental frequencies are excitations of universal fields. All of these fields are in turn the expression of a single underlying field, called a superstring field, or unified field in modern quantum field theory.

Similarly, for thousands of years, Vedic Science has also held that all life forms are vibrations of an underlying field of Yoga — which means unity. From both viewpoints, health is the integrated and balanced state of all the vibrations which make up the individual, while disease is seen as some lack of balance of the fundamental frequencies that constitute the body.

If the body is ultimately a complex waveform, made of many subtler vibrations, the possibility arises that the appropriate vibratory frequencies might be used to restore normal functioning in chronic disorders. What has blocked the practical application of this quantum mechanical understanding in health care has been the lack of knowledge of these fundamental frequencies.

Maharishi Mahesh Yogi has explained that the Vedic sounds described in Veda and the Vedic Literature are the fundamental frequencies in their subtlest forms which emerge from the Unified Field, and which structure the individual and the universe. This concept from Vedic Science was explored by Professor Tony Nader, M.D., Ph.D. Professor Nader is a neuroscientist who, working closely with Maharishi, found an exact correlation between the structure of the 40 branches of Veda and the Vedic Literature and human anatomic structure and functioning. He concluded that the only way for this precise correspondence to occur would be if the Vedic sounds were the actual structuring dynamics of the human body.

Professor Nader described the details of this correlation in his book Human Physiology: Expression of Veda and the Vedic Literature. This discovery placed the utilization of Vedic sound on a firm scientific basis. It opens the door to the possibility of establishing medical treatment on a quantum mechanical basis and bringing medicine into the modern era.

Professor Nader went on to do the first research on the application of Vedic sound with MVVT. In a study conducted in Berlin, Paris, and Valkenburg, he tested the effectiveness of a single session of MVVT in individuals with arthritis, asthma, headache, skin disorders, and gastrointestinal disorders.

In North America, David Scharf, Ph.D. described an uncontrolled study of 1,495 patients who had a total of 26 categories of chronic disorders addressed by the MVVT programme. The average improvement for all disorders was 42.3 percent. Significant improvement, defined in the study as greater than 25 percent relief, occurred in two third of cases. In 83 cases, 100 percent relief was found.

Chaos Theory and Quantum Field Theory have been proposed to explain from a modern scientific perspective how a subtle, whispered Vedic sound might have this profound effect on illnesses which had been present for an average of 13.8 years (in Dr. Scharf's study), and which in most cases were resistant to modern medical therapies.

Chaos Theory describes how complex systems have an innate organizing ability which can undergo rapid phase transitions or bifurcations from disorderly to orderly functioning in response to minimal inputs to a system. The so-called "Butterfly Effect" is one famous example, where a butterfly fluttering over Rio de Janeiro has been postulated to be able to change the weather in Chicago, since weather is a complex system which abides by the rules of Chaos Theory. The human physiology is another complex system that has been proposed to follow the rules of chaos theory.

Thus the preconditions for Vedic sound to produce profound physiologic changes have been established on a modern theoretical basis. What is needed however, is a way to get the minimal input of a whispered Vedic sound to the appropriate area of the physiology. The four known fundamental forces — electro-magnetism, the strong force, the weak force, and gravity — are incapable of mediating this type of long-range input. Quantum field theory can provide a basis to understand long-range input based on consciousness.

The Unified Field is a self-interacting field. It is awake to itself because it responds dynamically to its own presence. It therefore has the most basic quality of consciousness — knowing itself. In addition, quantum cosmologists suggested the necessity for an observer, or consciousness, in the quantum evolution of the universe. Thus consciousness may be at a more fundamental level of nature's functioning than has usually been considered in the cognitive sciences. Long range force fields, near the super-unified level of the Planck Scale, have recently been postulated to exist. Access to this Unified Field of Consciousness is easily available through the Transcendental Meditation technique, according to Maharishi's Vedic Science.

Administrators in MVVT, projecting these Vedic sounds from the level of the Unified Field of their own consciousness, thus have the potential to produce dramatic, concrete effects.

Maharishi Vedic Vibration Technology can be understood from the modern scientific point of view by considering the high sensitivity of chaotic physical systems like the human body to subtle impulses. These impulses produce phase transitions from disorderly to orderly normal functioning, mediated by long range field components existing at more unified levels of quantum field theory.

The dramatic improvements in chronic disorders noted by patients participating in the MVVT programme suggest that the age-old wisdom of Maharishi Vedic Medicine can be applied to the 100 million Americans that Catherine Hoffman calculated suffer with chronic disease. It raises the possibility of bringing them relief without the side effects of modern medicines. If the initial research findings are confirmed by studies we are currently undertaking, it holds the promise of achieving a level of effectiveness which may obsolete much of the current biomedical approach.