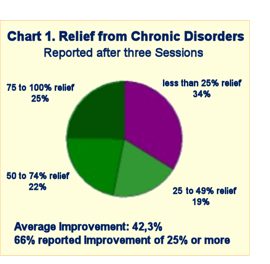 Chart 1, to the left, shows that in research on a wide range of chronic disorders, nearly two out of three participants reported between 25 and 100 percent relief as a result of their consultation in Maharishi Vedic Vibration Technology. Although the average duration of their disorders was 13,8 years, results were often gained within 4 or 5 days and, in some cases, immediately.

Beginning in November of 1997, demonstrations of these ancient Vedic techniques were given in Europe and later in Japan. In March of 1999 a research project began in North America. Since then, the Maharishi Vedic Vibration experts have traveled to more than 80 locations in North America and have given more than 25.000 consultations.

People with a wide variety of complaints of varying severity have participated in the research. Many of their conditions have been longstanding and resistant to other approaches. A typical consultation programme consists of three sessions, and most participants have two or more conditions addressed in each session. During the session, the participant sits, stands or lies quietly and the Maharishi Vedic Vibration expert administers the Vedic vibration to the area of symptom. Many participants have commented on the pleasantness of the experience and the relaxation they enjoyed.

The effects of the programme were evaluated by a questionnaire, called a Participant Self-Evaluation Form, with a Percent Improvement field and a place for comments. These questionnaires were filled out after each session.

At the beginning of September, 1999, after the first six months of the research project, our office compiled and reported the results (click here to read the full text of the report). Approximately two-thirds of the participants had filled out evaluations after their sessions, and by the time of the report we had entered 7.931 reports. While only half of these reports had the Percent Improvement field filled in, many people who did not provide a numerical rating nevertheless reported significant results in their comments. Others indicated that, after just four or five days, it was too soon to evaluate their progress. 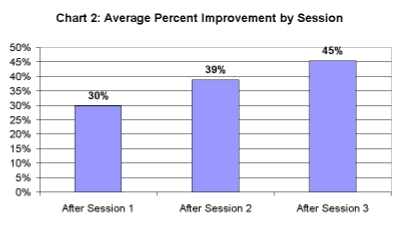 Chart 2 follows the progress of the 619 participants who filed numerical reports after all three sessions. It shows the results are cumulative — the average percent improvement increased from the first session to the second, and again from the second session to the third.

Eight hundred and seventy-four participants filed 1.495 numerical ratings after their third session. For these reports, the average improvement was 42,3 percent. This is a remarkable level of relief since, as noted earlier, it was from chronic disorders with an average duration of 13,8 years, and was gained within a four-to-five-day period.

In two-thirds of the cases (989 out of 1.495) these participants reported a significant improvement (here defined as 25% or greater). In 83 instances, 100 percent relief was reported!

Table 1. Reported Results for all Disorders after the Third Session

Maharishi Vedic Vibration Technology provides consultations for the 24 categories of disorders illustrated in Chart 3, below, as well as for other disorders not on the standard list. Chart 3 shows the research results for these categories. Each bar indicates the average percent improvement reported, and the number of reports is in parentheses after the disorder name. Click here for a detailed listing of the the disorders addressed and results observed. 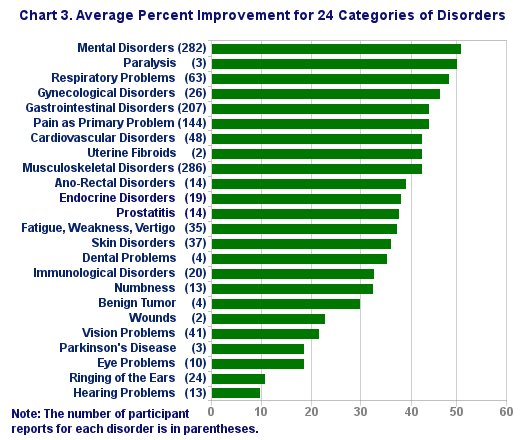 The categories which have been most responsive to the programme include mental disorders, respiratory problems, gynecological disorders, gastrointestinal disorders, pain as the primary problem, cardiovas- cular disorders and musculoskeletal disorders. Disorders that tend to respond most immediately to the Vedic Vibration programme include pain disorders such as joint pain (as with arthritis), muscle pain, headache, neuralgia and sciatica. In addition, conditions such as asthma, sinusitis, heart palpitation, anxiety, pain and burning from ulcer, and burning and itching skin often improve from the first consultation session. Therefore, many participants have commented that they experienced "instant relief".

With disorders such as insomnia or digestive difficulties, the improvement often begins right away, but the results will be more fully appreciated after the participant goes to bed at night or has a meal. A third category of disorders, such as endocrine problems and high cholesterol, has also responded well to the Vedic Vibration programme, but may take more time for results to be observed.

To read the full text of the North American Research Report click here.

Click here to see the Detail View of the results by disorder.